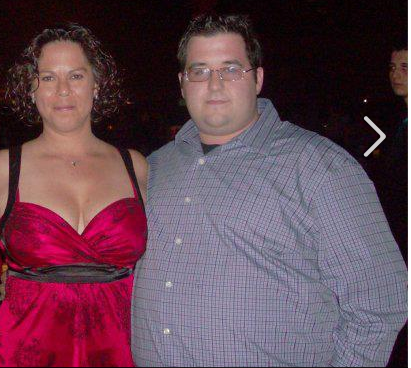 My Name is Tyler, I am from Edmonton Alberta Canada and on October 28th 2014 I had the Gastric Sleeve Surgery by Dr.Ortiz. I like many others have struggled with being a large male for a lot of years, I will never say i did not have an eating disorder however my eating was not the only reason for me getting as large I have been.

In March 2002 I was injured at work, I had numerous surgeries and a lot of time laying in bed recovering, start to finish my recovery took 2 years. By the time I was able to return to work I was 330 pounds and starting to fall into a form of depression. At this size I didn't care what I was eating, I didn't even think about healthy choices. By 2006 I was 360 pounds and still not getting any better, then I snapped out of it. I started going to the gym and eating healthy I saw personal trainer 5 days a week and everything was going good. By 2008 I was down to 237 pounds and feeling good, so good that I got married to a lovely woman I started my own consulting company life was fantastic.

In 2009 things started to head the other direction, by May 2009 I was back up to 290 pounds and then by 2010 I was back to 330 pounds. I dint know what happened, then it hit me again, I came home one night in the winter of 2010 and I wasn't feeling good I thought I was burning up basically to a point were I thought I had heat stroke. After visiting the doctor I found out that my body was not producing testosterone and I had a condition called Hypogonadism. To treat my condition doctors started giving me regular testosterone injections every 14 days but it still wasn't working so they kept increasing the dose over and over again until I was at a dosage that most professional body builders wouldn't consider taking and my weight climber up to 430 pounds it was awesome.

This continued for a while and then they discovered that I had celiac disease (allergic to gluten) so I change my whole world and stopped eating gluten altogether for about 14 months and dropped back down to about 330 pounds. Then it was followed by more medical issues, in 2013 I was diagnosed with Severe Sleep Apnea so awesome I got to sleep with a mask to help me breathe at night then in early 2014 I diagnosed as a type 2 diabetic. The only good thing about the diabetes is that at the time they diagnosed me they discovered that I wasn't actually allergic to gluten so I was able to eat all foods again. By May 2014 I was 365 pounds a diabetic with sleep apnea who doesn't produce testosterone, kinda depressing however in August I met a specialist at the University of Alberta Hospital that figured out that I had protein hiding my testosterone and that the injection were not helping me as I had enough testosterone the whole time. After going though withdraws from not getting injection the doctors recommended that I have gastric bypass surgery to help get my life back and correct all my medical problems. I got added to a government funded program however that is when I found out that the waiting list is over 4 years in Alberta for this surgery.

There are no comments to display.